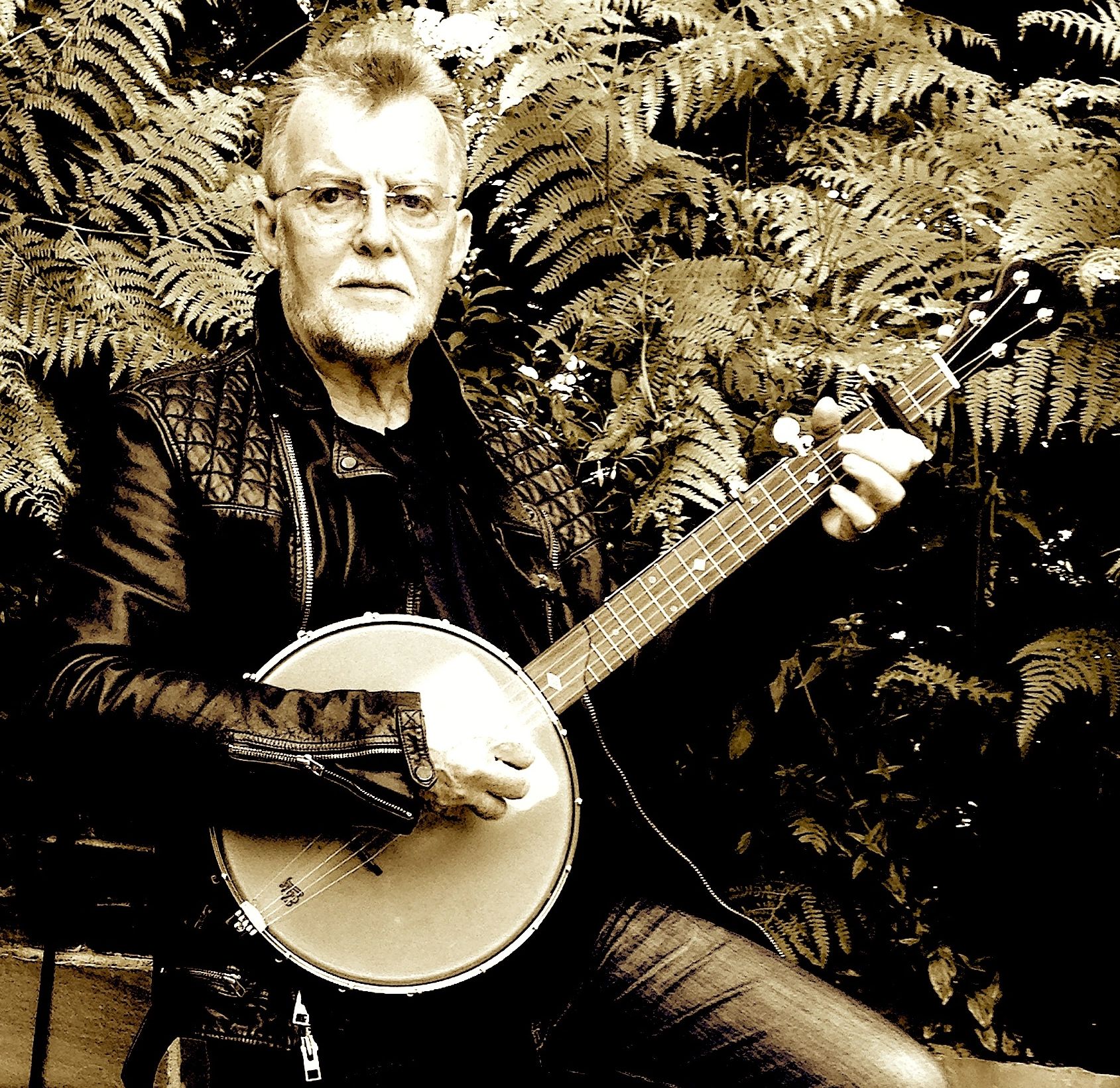 Born in Cheshire and educated at St Olave’s Grammar School, London. Dropped out at 15 and moved to Soho, Worked in bookshops, cafes, clubs and as pavement artist and busker with Clive Palmer, who went on to co-found the Incredible String Band.

In 1960s met future wife, Toni, and moved to Oxford to manage a university bookshop. Became involved in the local folk club scene, and in the late '60s decided to take time out from academic bookselling and go on the road as a folk duo. Played clubs, concerts and festivals the length and breadth of the British Isles and America. Recorded albums for Transatlantic, Topic, Decca, BBC and Leader records with fiddle players -  Kevin Burke, Barry Dransfield and Nic Jones.

Through '70s and '80s worked as writers, researchers and presenters for BBC radio and television and several commercial stations - including Playschool, Playaway, Middle English, Seeing and Doing. Wrote and presented programmes and series for Radio 4 on folkloric themes.

Edited three national arts magazines English Dance and Song (for the English Folk Dance and Song Society), Animations (the national puppetry magazine) and Storylines (for the Society for Storytelling, of which society Dave was a Director. He was also on the Editorial Board of England’s academic Folk Music Journal, and was Assistant Editor of The Fight Director.

As a storytelller of traditional tales (many collected in Scotland and Ireland while working as a field researcher for BBC Archive Features) Dave wrote a Radio 4 series The Folktale and toured France, Japan, India, Great Britain and America and spent two years as Storyteller In Residence at Groombridge Place, an early moated manor house on the Kent/Sussex border, where he set up Britain’s smallest working theatre, the Conan Doyle Theatre.

Following his divorce in the late 1990s Dave concentrated on TV scriptwriting and wrote a seven-year-long children’s puppetry series for BSkyBTV, The DJ Kat Show. He also recorded a solo album of Anglo-Appalachian music for Wild Goose Records, out of which project came the Old Time stringband Rattle On the Stovepipe which is still going strong, with fiddler Pete Cooper and banjo/guitarist Dan Stewart. The band have now recorded eight albums/CDs for Wildgoose, the latest Through the Woods was released early 2020, as was Someone to Love You (WGS435CD), a selection of songs recorded by Dave with Rattle between 2003-2017

In 2012 Pluto Books published Dave’s official biography of A.L.Lloyd ( Bert - The Life and Times of A.L.Lloyd), who, along with Ewan MacColl, Alan Lomax and John Hasted, masterminded the British folkmusic revival of the 1950s/early ‘60s, which continues to the present day.

In 2017 Dave (with Pete Cooper) played on his old friend Shirley Collins’ award winning folk album, Lodestar, and as part of the Lodestar Band toured most of the major concert venues in Great Britain, culminating in 2018 in a concert at London's Roundhouse, where Rattle On the Stovepipe were the support band.

In 2003 he was awarded the Gold Badge of the English Folk Dance and Song Society for Services to Folk Music.

He is a Fellow of the Royal Society of Arts.

Shangri-Soho-La an alternative history of Soho in the 1950s and ‘early-60s.

I'll Tell You A Story a collection of Kent and Sussex folktales told during my residency at Groombridge Place, Kent.

Sign up to hear upcoming shows, albums, and events.